What is social phobia and how does it affect men? 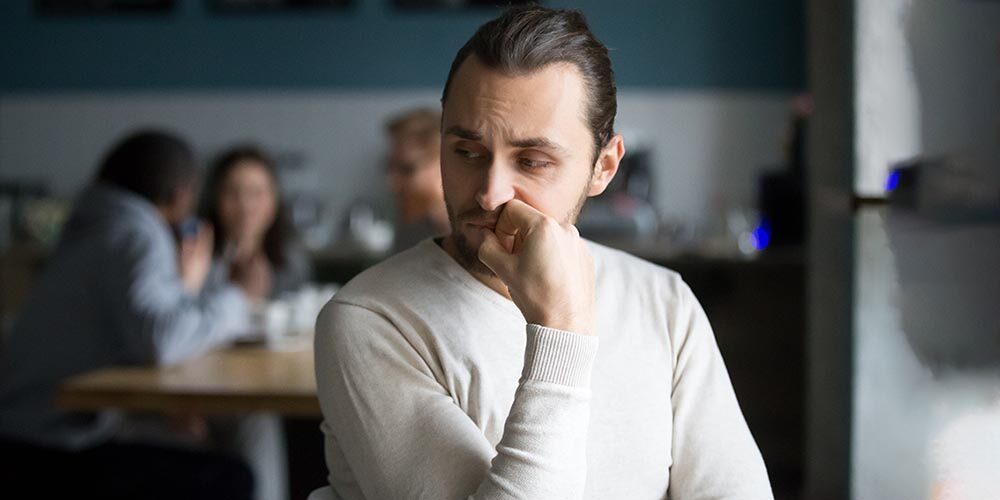 What is social phobia and how does it affect men?

Social phobia, a.k.a. social anxiety disorder, is a common mental health problem people face, often silently, and going without intervention for years. Being petrified of facing a crowd, people suffering from social anxiety disorder make all excuses to avoid any social gathering. The very thought of meeting people in public makes them increasingly nervous and agitated. They tend to become uncomfortable around people whom they don’t know. Situations like talking to people, going to a store, or eating in a restaurant make them extremely nervous. This fear is much different than the ordinary shyness that others may feel at times.

Social Anxiety Disorder usually begins in the early teen years and may exacerbate into a major mental health problem if not attended to. Due to this extreme fear, other aspects of their lives get affected, including making friends, going to social events, attending or participating in school or work.

Hence, identifying the symptoms of social anxiety disorder or social phobia is paramount.

People dealing with social phobia are always paranoid that others will negatively judge them and will lead to extreme embarrassment or rejection. Look for the following symptoms of social anxiety disorder:

So, who is more vulnerable to get Social Anxiety Disorder?

As mentioned earlier, Social Anxiety Disorder is a very common mental health issue and anyone can be diagnosed with it. Some of the other risk factors may include—a family history of anxiety, shyness, being a victim of bullying, or having an underlying medical or physical condition.

Are men affected differently than women by social phobia?

A 2014 study, published in the National Center for Biotechnology Information (NCBI), tried to evaluate whether men are differently affected by social anxiety disorder than women. The results showed significant differences in social anxiety between men and women.

The research calculated the differences between male and female patients diagnosed with social anxiety disorder. To study the issue of sex differences in social anxiety, the researchers employed a large sample of community and clinical participants from 18 countries and administered two reliable and valid self-report measures of social anxiety.

However, the experts noted that despite these differences being relatively small, they are likely to have important clinical implications.

Although there is treatment available for social phobia, people often wait for longer to seek help and the situation worsens. People tend to wait for as long as 10 to 15 years before seeking intervention. It is always advisable to seek treatment at the earliest because it increases the chances of improvement of the symptoms.

Some of the most common treatments available for Social Anxiety Disorder include psychotherapy and medication. There is a bevy of therapies that can be useful.

However, the best-known treatment for Social Anxiety Disorder is Cognitive Behavioral Therapy (CBT). In this therapy, the therapist and patient role-play various situations that the patient finds scary or uncomfortable. After practicing a lot on how to handle fearful situations, the patients slowly become capable to face and manage their symptoms.

Get help for a mental health disorder

Whether it is a social anxiety disorder or any mental health problem, the best way to deal with it is to approach treatment intervention at the earliest. Seeking help early on assists in managing symptoms easily and ensuring long-term recovery.

So, if you or a loved one is struggling with mental health issues like social phobia, we can help. Athena Behavioral health is one of the best mental health treatment centers for men.

Whether you are looking for treatment for mental illness in men or any co-occurring disorder of a family member, Athena Behavioral health is a leading name in India. Call us today at our 24/7 helpline number 9289086193 for more information on our various treatment programs.