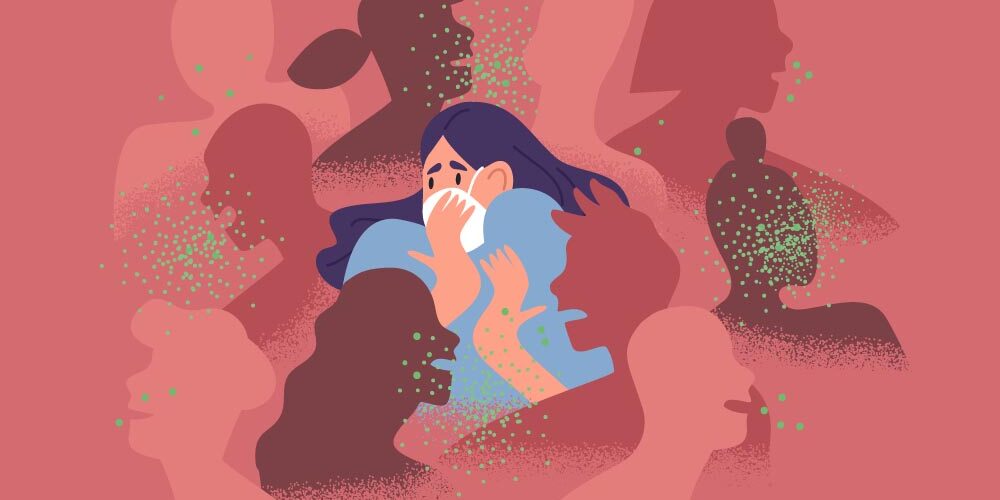 Some of us want to arrange everything perfectly or find solace in following a particular routine. However, when such thoughts of organizing and arranging things in an orderly manner turn compulsive and intrusive, it might be obsessive-compulsive disorder (OCD). OCD belongs to the spectrum of anxiety disorders and is a complicated mental disorder. It can slowly overwhelm a person disrupting their daily routine. The mental disorder usually manifests around 20 years of life and continues throughout life.

According to the National Health Portal (NHP), two or three percent of Indians may develop symptoms of OCD during their lifetime. Additionally, OCD may co-occur with other mental health disorders like Tourett’s disorder, social phobia or depression, making it difficult to diagnose. The severity of OCD symptoms may vary from mild to moderate to severe from time-to-time.

OCD symptoms can be divided into compulsive and obsessive symptoms. These include the following:

Another type of symptom in this spectrum involves touching or rubbing items in a particular way for a specific number of times. For example, touching a doorknob six times before leaving the house. Such behavior is done to avoid supposedly unlucky numbers.

While most of these symptoms can amount to normal behavior, one must remember that when these thoughts turn compulsive or are accompanied by symptoms of other mental disorders, they may suggest a manifestation of OCD.

Most people suffering from OCD try to ignore the compulsions and obsessions that they experience. When they do so, they get anxious and distressed. Gradually, the anxiety and stress overwhelms them making them act on their compulsions and obsessions. The more people ignore their symptoms, the greater the stress, compelling them into a more ritualistic behavior. This invariably creates the vicious circle of OCD.

However, breaking out of this circle is easy with the right treatment from a professional OCD treatment center. Athena Behavioral Health offers the best OCD treatment in India comprising medication management, counselling and therapies. Before we customize an OCD treatment plan for our patient, we assess them thoroughly with the help of our software tools. To know more about our OCD treatment plans, call our 24/7 helpline 9289086193. Alternatively, you can chat with our trained counsellors for further assistance.