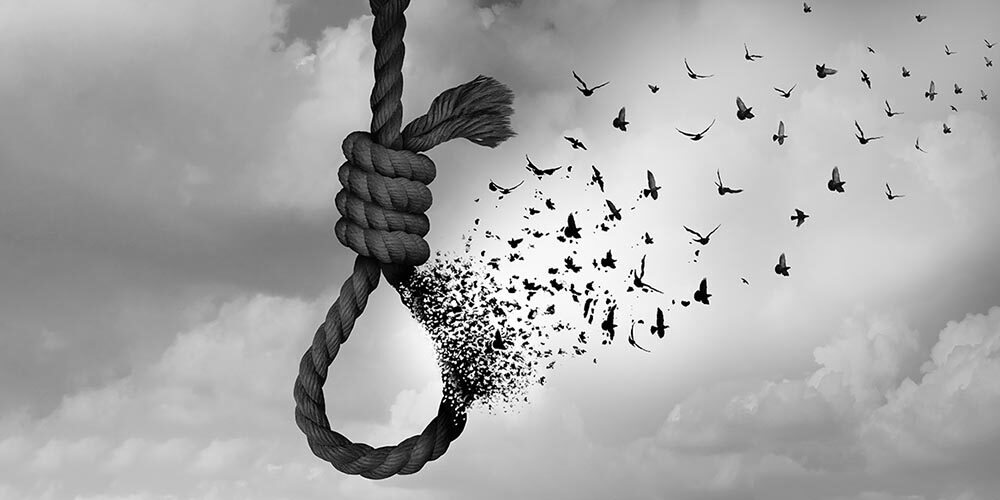 COVID-19 pandemic has led to an increase in stress and anxiety. Incidents of psychological trauma faced by adults and children have shot up across the world. Social isolation, loss of jobs, financial crises, and closure of schools, college and businesses upended the lives of people.  Levels of stress, anxiety and depression have gone up significantly during the pandemic. What is more alarming is that it has triggered suicidal thoughts and behavior in people, and some of them actually committing it.

The National Crime Records Bureau (NCRB) released a startling report on October 29, on the significant surge in suicidal deaths in India.

On the other hand, statistics in context to children’s suicidal death rate is much more concerning. The report revealed that 11,396 children died by suicide in 2020, an 18 per cent increase from 9,613 deaths in 2019 and 21 per cent higher from 9,413 in 2018. Approximately 31 children are losing their lives every day, which is quite alarming.

Overall, 50.1 percent suicide cases accounted in these five major states, while 49.9% percent were reported in the remaining 23 states and eight union territories.

The report also stated the possible reasons for this rise in suicide rates. Family problems contributed towards 33.6 percent of suicides, prolonged illness was responsible for 18% of suicides and marriage-related problems were responsible for five percent of the suicidal deaths. The causes for children’s suicide are much more startling and varied. Drug abuse, ideological issues, impotency, unemployment, bankruptcy, love affairs, family problems and illness are among the top causes taking children’s lives under 18 years of age.

The Deputy Director, Child Protection, Mr. Prabhat Kumar has voiced his concern over children’s depleting emotional and mental well-being during the pandemic. He said that while the Indian society is quite concerned towards physical health, building national capital and education, there is always a lackadaisical attitude towards behavioral health issues. Mental health and emotional well-being are always considered as taboo in our society.

“Stigma associated with mental health and an extreme low number of per capita mental health professionals require urgent attention,” said Kumar. “COVID-19 resulted in school and office closures. Therefore, social isolation integrated with anxiety among adults has further exasperated the issue and brought it to the forefront.”

Kumar also urged families, parents, neighborhoods, and government at large to provide a favorable ecosystem where children can share their emotional well-being with ease and look forward for a better future. The increasing number of suicide cases among children is a systematic failure of the government he said. Kumar called suicide an antithesis.

Priti Mahara, Director, Policy Research and Advocacy at CRY-Child Rights, also commented on the topic giving emphasis to mental health of children. They are facing enormous trauma and emotional stress due to confinement at home and lack of interaction with friends. Social isolation has taken a toll over their fragile minds.

Not all are blessed with a good supportive homely environment. Situation and circumstances are not equal for everyone. According to several studies conducted during the pandemic, many of adults and children were compelled to face hostile environment at home, which, in turn, compounded the risk of trauma, depression and suicidal behavior.

Witnessing the deaths of loved ones during the pandemic have further exacerbated their fear, emotional pain and trauma. Many are experiencing fear of contagion and worsening financial crisis at the family level.

Increase in unemployment and losses in business have brought about financial constraints on many families, thereby increasing stress and depression. Children, on the other hand, are facing huge uncertainty after missing out on their exams and curriculum. Poor children are struggling to get access to online classes.

Prolonged exposure to internet has added complexities of cyberbullying, gaming addiction and online crimes among children, while adults are facing challenges of social media and gaming addiction. New research shows that people have been facing financial crises, resorting to antisocial behavior such as gambling, stealing or violence or have committed suicide due to online gaming or gambling addiction.

All these factors have added complications to the life of adults and children. It has taken a devastating form and people are finding it easier to take their lives than facing the present situation. Now, it becomes very important for us to understand the situation and focus on our mental well-being and protect our loved ones from emotional trauma.

According to the World Health Organization, suicide is 100 percent preventable but still 8,000000 people take their lives every year. The primary reason behind this is not seeking treatment on time.

People ignore their mental health fearing of being ostracized in the society. We need to come out of the stigma and treat mental health issues as any other physical health problems.

Athena behavioral health is here to help. We are the best mental health treatment and addiction treatment center in India. We are focused to provide affordable and customized treatment programs to our patients. We assure 100 percent privacy and ensure full recovery. Our aim is to provide you best mental health care that will drive you towards a better future. To know more call us now at 9289086193 and get immediate assistance.