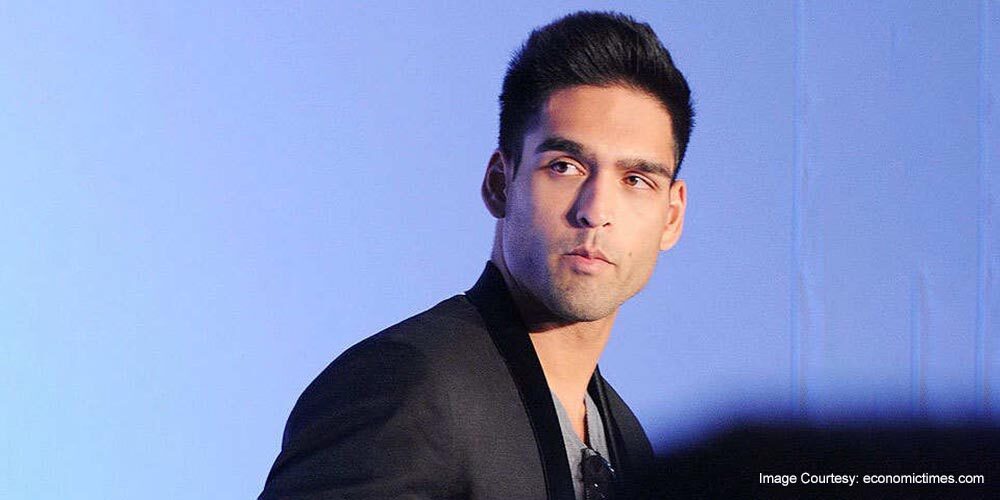 During the launch of his debut book “If I’m honest”, Indian-American model and actor Siddhartha Mallya talked about his struggle with depression and how he has been living with obsessive compulsive disorder (OCD).

Son of Indian liquor baron and now fugitive Vijay Mallya, Siddhartha was diagnosed with depression in 2016 and later on, he was also diagnosed with OCD. Depression doesn’t discriminate for which, despite being born into a rich family he could not escape from its clutches and suffered just like any other individual.

During his heartfelt interview he shared his story of struggle, which began with the divorce of his parents. He was left out alone and neglected. He used to consider his father a real hero but after the divorce from his mother, his father maintained a distance from him. It left young Siddhartha devastated and shattered, bringing in loneliness and void in his life.

Siddhartha further added that his surname had brought him humiliation on several occasions be it at school, college or at immigration. He was mocked and judged numerous times, which forced him to quit his family business within a short span of time. He went to the Royal Central School of Speech and Drama, University of London, graduating with a Master of Arts degree in acting.

His debut film Brahman Naman was featured in Netflix originals in 2016. After that, he bagged a few more projects but things didn’t work out well for him. Suddenly he started feeling low, sad and worthless, for which he suffered silently all these years.

He shared his struggle with depression on an Instagram post which read:  “Exactly 3 years ago today, I was at the lowest point in my life. Drama school had just come to an end and the stuff with my dad was starting to kick off. I would wake up every morning feeling low, lost, empty, and worst of all, alone. We were at a friend’s wedding and having to put on a fake smile and pretend everything was all fine on the surface whilst being crushed on the inside was the biggest struggle of my life. It got so bad that I was prescribed antidepressants (sic).”

On his OCD, Siddhartha said, it was taking a toll on him. He used to wash his hands and feet frequently to escape from God’s curse. He would call up his friends 20 times to learn if unknowingly he has hurt any one of them that might bring him bad omen. Day after day, his wired thinking about curse and punishment grew and eventually he was diagnosed with OCD. He’d quit alcohol for several years now and believes in maintaining a healthy lifestyle.

Siddhartha mentioned that his book is an extension of his Instagram video series “conSIDer This,” where he talked about his battle with OCD, reason for quitting alcohol and humiliation on internet.

Talking about his new book, he wrote, “After seeing the success that my ‘conSIDer This’ video series had, I felt I had to continue doing whatever I could to shine a light on mental health, and the best way to do that would be to continue talking about my own experiences in an open and honest manner to show that it is OK to talk about our issues. My book is really about helping people see that it’s OK to talk about our issues openly and embrace our truth.”

He also refuted all allegations by the media that his book is a PR stunt.

In an interview he said “I don’t need to reclaim my image; I don’t live in India, I have nothing to gain. What image do I need to retrieve? Trust me, I could have made a lot more money if I had written this book about the star life I have lived, the Monaco yacht parties, the IPL, and all the glitz and all the glamour… you know it, and I know that for my own sake.”

Siddhartha further said that there would have been a bigger audience for him to gossip about the things he has seen in life. “It’s a fact; no one can deny it. What do I have to gain about helping people apart from being this open, and this raw, and being so honest about my life? I am not in India, I am not in Bollywood. There is nothing to be gained by changing the image.”

Siddhartha also spoke at length on seeking mental health treatment and therapies. He considers his mental health to at a much better space at the moment. The 34-year-old son of Vijay Mallya said that meditation and therapy sessions have bought his life back on track. He is happy to enjoy his social and work life now. He further aims at spreading awareness on OCD among people.

Mental health conditions such as anxiety, depression, OCD, PTSD, and co-occurring disorders, or substance abuse can affect anyone at any point of time. But the key to maintain a healthy life is to seek treatment at the earliest.

Athena behavioral health is one of renowned mental health and addiction treatment centers in India that provides customized treatment programs that suits an individual’s medical needs. To know more about us and our treatment programs, call us now on our toll free number 9289086193 and get immediate assistance.