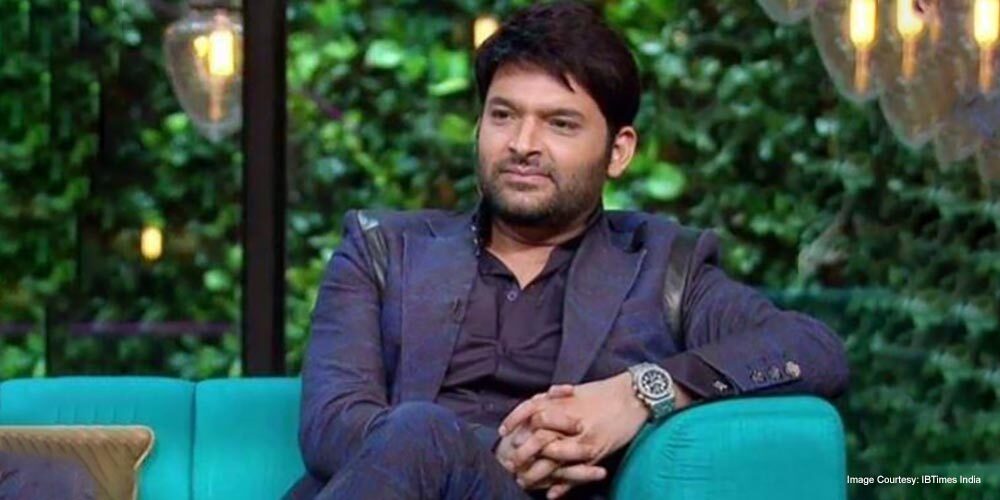 Speaking during Fever FM’s Bounce Back Bharat Fest, Sharma talked about his journey from a middle class family to becoming India’s favorite comedian. He also talked openly about his struggle with depression and how it pushed him into darkness.

Talking about how his mother took his “mental illness”, he said neither she nor he were able to understand what was happening to him until the media started floating the news that Kapil Sharma is suffering from depression and that he would not be able to return to the show.

“Paper walon ka bhala ho jinhone likha ‘Kapil Sharma hue depression ka shikaar’. Mujhe pata chala, accha, ye hai mujhe (Bless those newspaper people who announced that Kapil Sharma is suffering from depression. That is when I realized what was happening to me).”

During that critical hour when he was feeling hopeless and helpless, as Sharma mentioned, his fans never lost faith in him. He continued to receive calls from his fans to come back and do what he is best at – making people laugh.

Sharma, in particular, mentioned the continuous support of his wife Ginni Chatrath, who stood by him like a “pillar” during his depressive phase that shook him around 2017-18.

Appreciating Ginni’s effort, Sharma said how she never tired of pushing him to return to work. He referred to her as his big strength through the distressed phase of his life.

This is not the first time that Sharma has talked about the low phases of his life. Back in 2017, the Forbes-listed comedian had shared his encounter with panic attacks and suicidal thoughts.

“I could not step on the stage to perform and would cancel the shoot. I suffered from anxiety and drank myself silly. I would stay locked up in the office with my pet dog. People stopped coming on the show and I went off the radar,” he was quoted as saying.

At that time, Sharma was also attracting controversies for cancelling shows or keeping superstars like Ajay Devgn and Shah Rukh Khan waiting. Justifying his side, he had once said that it was the time when he had lost his confidence, something that he was always known for.

“SRK had to come at 7, and I was on the sets at 2 pm. But at 8, I couldn’t think I could do it. I couldn’t perform. Same happened with Anil (Kapoor) sir. They were all very supportive. They told me to rest. It was reported that they left angrily, but they returned to check on me. Then I went to Bangalore and I locked myself in a room and started drinking a lot to hurt myself. People would tell me to come out of my office…To get away from all the negativity, I would drink. In the bargain I cancelled a lot of my shows,” The Indian Express had reported.

During this phase, the media constantly alleged that Sharma was an arrogant man and was cancelling his shows at the last minute. They also said that he was drunk most of the time. Sharma drank to hide his fears, anxiety and panic attacks. Most people resort to drinking to self-medicate their symptoms of mental health disorders. However, drinking only aggravates the problems leading to a dual diagnosis of addiction and mental health disorder.

Slowly, Sharma started losing control of things. He was at loggerheads with government officials. Then he picked up a fight with co-star Sunil Grover, which affected the TRP of his show. Owing to the repeated cancellations and Sharma’s deteriorating mental health, gradually, the show went off air.

However, the good thing was that Sharma continued to receive support from the film fraternity. Celebrities like Akshay Kumar, Ajay Devgan and Salman Khan backed him when he was in troubling waters. That was reason the new season of The Kapil Sharma Show managed to regain its lost popularity, after the initial comeback with “Family Time With Kapil Sharma” did not click with the audience.

Depression can be treated

Once Sharma realized that he was battling depression, he sought treatment. And as they say all is well that ends well; Sharma’s life is back on track. His show has already completed the milestone of 500 episodes and he is enjoying the love and limelight more than before.

Depression is a debilitating disorder. It is characterized by feelings of hopelessness and worthlessness, lethargy, inability to get out of bed, disturbed eating and sleeping patterns and loss of interest in things once enjoyed. In severe cases, depression can also lead to suicide ideation.

Nonetheless, depression can be easily treated with the help of medicines, counselling sessions and alternate therapies. If you or anyone you know is displaying signs of depression, then Athena Behavioral Health can help. We offer effective depression treatment programs specially curated keeping in mind the needs and requirements of the patient. For more information about our depression treatment center, call our helpline number 9289086193 or chat online with our representatives today.