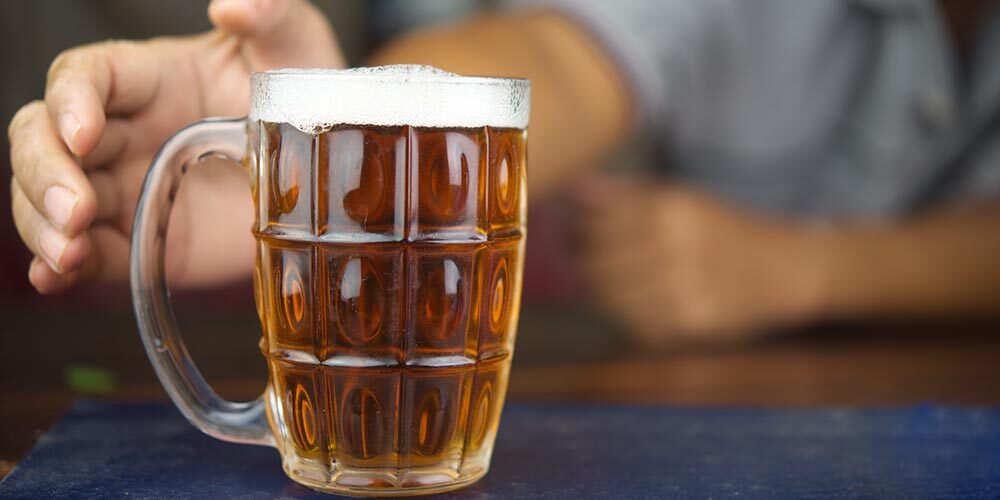 In recent times, craft and specialty beverages (alcoholic) have gained immense popularity, luring more and more people to go on benders during every weekend.

However, these drinks contain two to three times more alcohol than regular beverages. Therefore, it can compound the risk towards physical and mental health problems. A craft beer is a local beverage produced by small independent brewers.

According to the 2020–2025 Dietary Guidelines for Americans, one drink or less in a day for women and two drinks or less for men is considered to be moderate as per standard drinking measure.

According to the Brewers Association, since 2015, the number of breweries nearly doubled almost everywhere in the world.

India is also thriving in terms of establishing microbreweries across the county. There are many local breweries that have come up in Goa, Maharashtra and various other states of India. The craft beverages including craft beer, wine, vodka, rum or whisky and have a higher percentage of alcohol than standard drinks. A standard drink is described as follows:

Therefore, craft beverages can have hidden risks than standard beverages. One might not be aware of that and end up drinking more.

Benefits of drinking alcohol in moderation

Research suggests that drinking alcohol in moderation can have numerous health benefits. In red wine, there is a component called resveratrol known to prevent blood clot and decrease LDL (bad cholesterol from blood). Another component known as procyanidinsin in red wine is known to prevent colon cancer, Type 2 diabetes and cataracts. A study in 2009, published in the American Journal of Clinical Nutrition, investigated the connection between bone mineral density and alcohol consumption. The study found that people who consumed alcohol in moderation had better bone density on their lower back and spine. The study results were further backed by another research published in March 2021 in the journal Nutrients, which mentioned that beer consumption can prevent osteoporosis.

According to a study published in the journal Age and Aging in November 2016, beer, if consumed in moderation has potential anti-inflammatory properties, which can provide protection against cardiovascular diseases. It is found to increase good cholesterol level (HDL). In another study, published in the Journal of Institute of brewing in 2017, beer was found to have probiotic properties that help to improve intestinal health by increasing good bacteria in the gut.

Drinking over the prescribed amount can lead to weaker bones. Drinking too much interferes with your decision of healthy food intake. Too many different cocktail intakes can trigger your appetite for unhealthy and high calorie food.

Moreover, exceeding the daily standard level of alcohol intake can lead to severe health problems such as liver damage, various cancers, blood clots and increase in the risk of heart diseases or heart stroke. Drinking too much can increase the risk for high blood pressure. Mycotoxins present in craft beers can lead to immunodeficiency, cancer or can cause poisoning.

Therefore, it becomes very important to be vigilant of the quantity we are consuming and drink responsibly. We can restrict our intake by following certain guidelines such as:

The most harmful aspect of drinking, although in moderation, is the risk of developing dependence. When one drinks socially or alone on a regular basis, it turns into a habit and develops into an addiction. Once addicted, it becomes difficult to quit alcohol just like other substances. A vicious cycle of drinking starts and people need to seek help from experts to quit. Trying to attain sobriety on one’s own can be dangerous as it entails ominous withdrawal symptoms, which only an expert can help to manage.

At times, mental illness can trigger addiction in people and vice versa. The best solution to live a healthy life is to overlook any stigma, share the problems with the loved ones and opt for timely professional help.

Seeking treatment at the earliest can prevent symptoms from getting worse and taking a toll on your life. We, at Athena behavioral health provide the best solutions for mental health issues and addiction in India. We are among the best de-addiction centers in India offering customized de-addiction treatment programs. Our endeavour is to provide customized treatment programs that best suit your need. To know more call us now at our toll free number 9289086193 and get immediate assistance.